Let’s start with the basics…

The skin is an organ, in fact it’s the largest organ in the body.

And it’s not just a surface layer of cells, it’s much larger than that.

Underlying the top layer of cells, is a very thick layer of mostly fat and some connective tissue.

In fact this underlying layer of connective tissue and fat combined is often in excess of 40 times larger, than the superficial layer of skin cells. 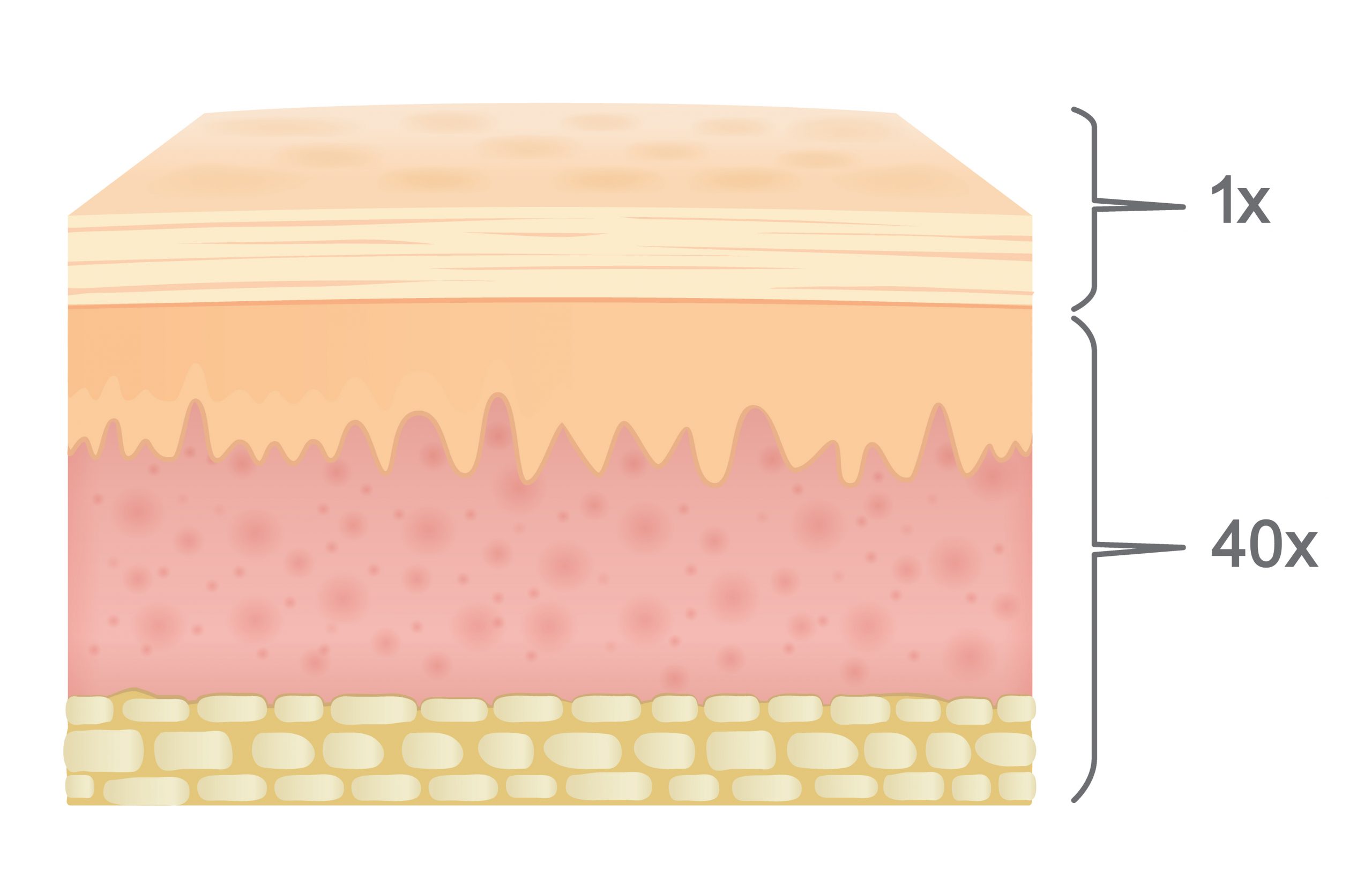 And to compound this argument, most of the superficial layer of cells are dead.

So let’s use common sense, if we want to improve the skin, should we concentrate most of our efforts on:

a) this very narrow layer of, hard to penetrate, mostly dead superficial cells, or

b) the much larger and alive layer below, which is well served by a vibrant network of vascular channels that we have easy access to.

Now that we agree it makes sense to fix the skin from below as well as from
above, the next question is how do we do that?

In fact, let’s go way back and start with the evolution of plants. 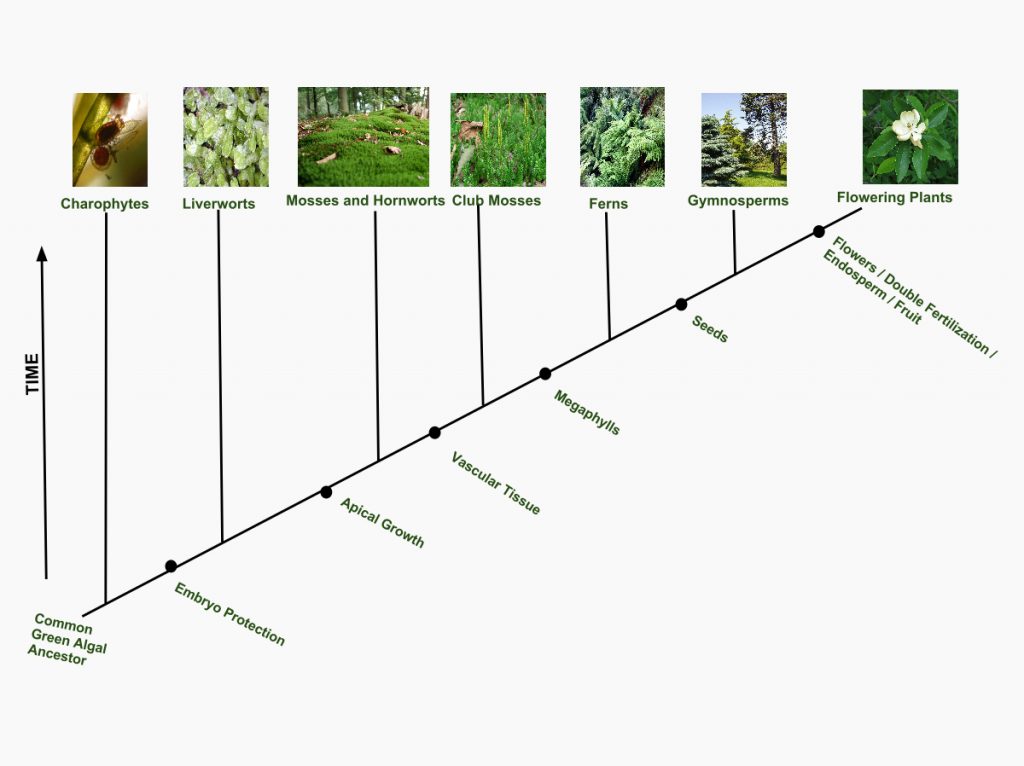 Plants survived and thrived all over the planet very happily for billions of years before animals appeared.

Suddenly, there were these creatures that wanted to eat and destroy the vegetation’s very comfortable way of life.

So, in the premise of evolution’s ultimate law of adapt or die, what did plants do?

They adapted, and manipulated the ecosystem to their advantage.

As the ultimate evolutionary alchemist, they evolved proteins in their body structure, that manipulated the animal population to serve their evolutionary desires.

There were 2 kinds of proteins.

In the areas of their infrastructure they wanted to protect, they evolved proteins that were damaging to animals and insects, in some cases deadly.

(That’s why the seeds in apples contain arsenic, and if eaten in large enough quantities will actually kill a human) 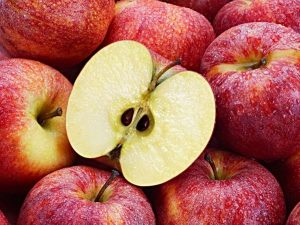 In other areas of their structure where they wanted animals to assist in their evolution, they evolved proteins that were pleasurable and beneficial to the animals serving them.

(That’s why fruit tastes and looks so good)

Ok, let’s go back to our skin…

So how do we improve this very large under-layer of our skin.

1) We reduce the excess fat, let’s be honest, a fat face is not an attractive face 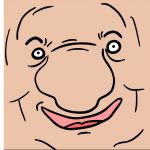 2) We open up and restore the vast labyrinth of vessels, for a skin that is healthy and glowing.

So, how do we do this, well let’s go back to plants and to our diet.

Let’s leverage the billions of years plants have evolved to help us help them.

Firstly, don’t eat the proteins that plants want to protect such as seeds, you can left them pass through you, which is in the plants interest, but do not chew and crush them.

Eat the part of plants, plants want you to eat, to spread their seeds – FRUIT. 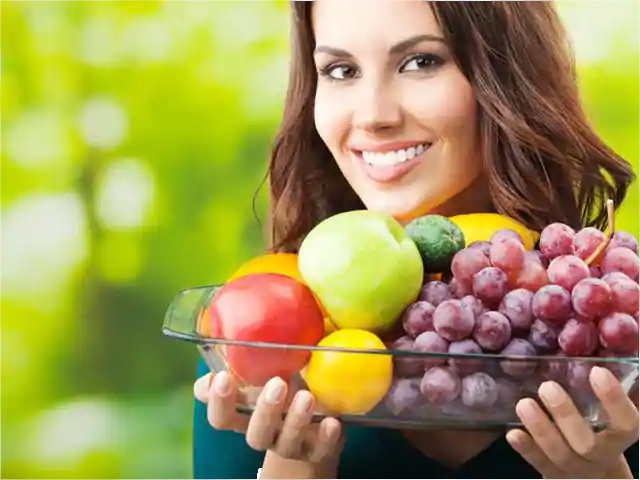 But whatever you do, don’t chew on the seeds, that’s like chewing on the embryo, a plant doesn’t want you chewing on it’s kid, so it has developed all kinds of evolutionary mechanisms to prevent it’s fruit spreaders from chewing on the seeds, from a nasty taste, all the way to neurotoxins that can be deadly.

Even ancient almonds had a substance in it that made it distasteful to humans, but this has been selectively farmed out by humans in the last 10,000 years. 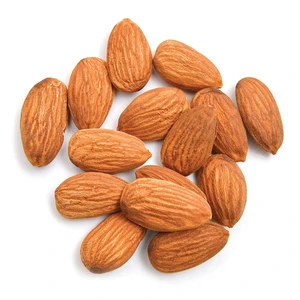 However, all that being said … wait … it’s not that simple, understand, most nuts are actually fruits, and some evolved so that even the seed was tasty, so that the animal such as a squirrel would want to eat and store the nuts, these probably evolved a seed that is beneficial to the host (the animal) as it was in the interest of the plant to lose some of it’s seeds, in exchange for widespread distribution.

So some nuts are good, but some aren’t, be aware of the evolution.

As a simple example, big animals foraging through a forest would recognize a colorful flower in the forest, and gulp on the flower and the fruit together. 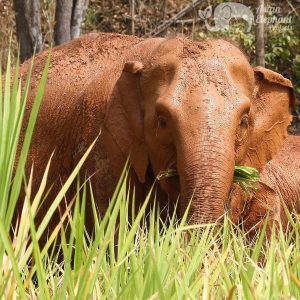 There are cases where the PETALS of the flower are very good for you, such as the cruciferous vegetables. 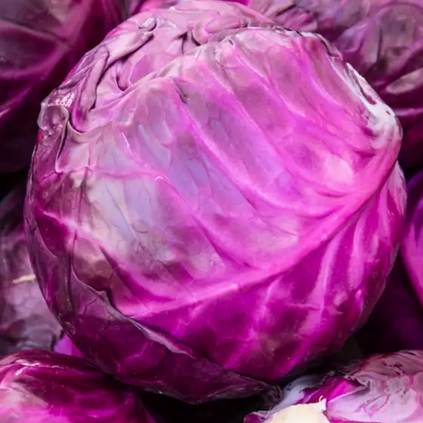 My first thought was don’t eat the roots, how would you feel if someone was trying to eat your foot ( 🙂 evolutionarily speaking)

But then some ROOTS are tasty too, but how does that work? That’s like someone eating your foot. But remember, there’s something else going on on here… 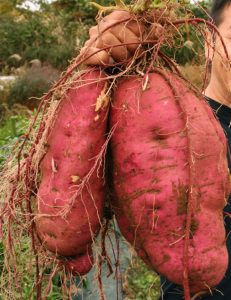 Something much older, even than plants….bacteria.

And the bacteria in your gut, basically comes from the soil and plants, so it makes sense they like roots. Your bacterial gut biome has got you covered! 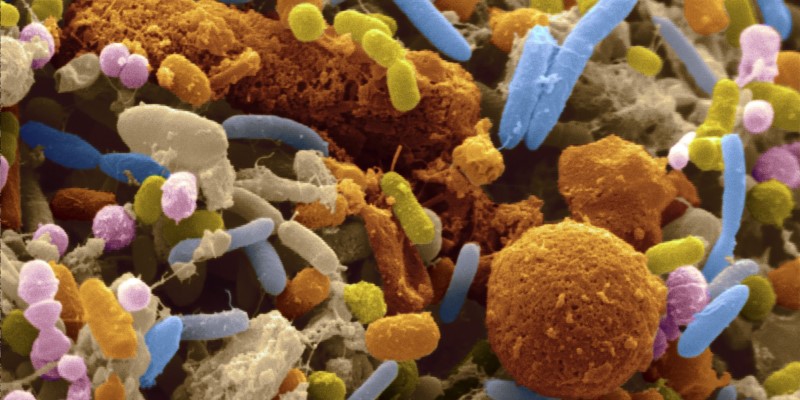 What about the leaves, well if I was a plant, I wouldn’t want anyone eating my energy source, although some animals that eat my leaves, may do so when eating my fruit which is in my interest, so it’s a mixed bag. 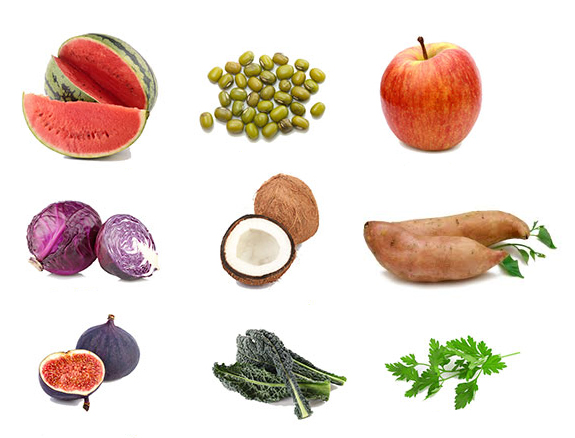 So the key to a younger looking skin is a plant-based diet consisting mainly of fruits, petals, roots, and occasional nuts and leaves.

For more detail on such a diet, click on my next article, where I go into the detail of the best diet.

What is the best diet for the prostate, and maybe all organs?

Could Going into Outer Space be the cure for Alzheimer’s and a lot of health problems?

I know this is a little off topic with regards to skincare, but with the…

Why We Need To Worry About Parabens

The most ubiquitous ingredient in all the moisturizers, lotions, cleansers, toners, serums, masks, anti aging…

Acatac, Inc. is not responsible for any of the opinions or comments posted to our site. It is not a forum for testimonials, however provides testimonials as a means for customers to share their experiences with one another. To prevent against abuse, all testimonials appear after they have been reviewed by management of Acatac, Inc. Acatac, Inc. does not share the opinions, views or commentary of any testimonials on this site, and are strictly the views of the reviewer.
© 2013-2020 SKLEER. All Rights Reserved
Back To Top