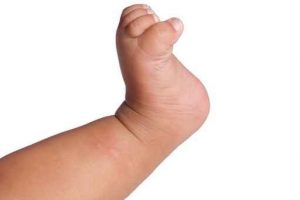 Hives is a skin rash distinguishable by pale red, itchy and raised bumps or wheals. These bumps or wheals are caused by blood vessels dilating due to the release of histamine by nearby cells. They can occur anywhere on the body and are very itchy and sometimes there can also be a burning or stinging sensation. They are frequently caused by allergic reactions to particular foods such as fish, cheese, nuts, chocolate, certain fruit/vegetables or the allergic response could be from a chemical or medicine.

Insect bites are caused by a variety of mites, fleas, ticks, bed bugs, spiders or other insects, and children are often susceptible to a reaction when bitten.  These bites or the skin reaction produced is extremely itchy. The damaged skin is susceptible to infection especially if the itch is not controlled and scratching continues. Secondary infection is common and, if present, should be treated.

Treatment firstly involves avoiding the substance which causes the hives. Then it is important to treat the skin and break the itch and scratch cycle. However, always treat an inflamed skin with a gentle product, as natural as possible to soothe the inflammation, rather than a strong chemical based product which in itself could cause a reaction.

It is important to quickly relieve itching to help prevent the patient from scratching.

SKLEER All in One Skin Corrective Gel contains Eucalyptus oil, a well-known anti-inflammatory that is perfect for itchy or inflamed skin.  The combination of essential oils in SKLEER: Eucalyptus, Tea Tree, Caraway, Cinnamon and Cardamom work synergistically. The proprietary gel formula takes the potent essential oils deep into the skin to optimise healing.  The therapeutic power of SKLEER lies in the fact that the gel takes the natural ingredients to the lower levels of the skin for enhanced penetration and effectiveness.

For itchy skin, the oil of eucalyptus is both anti-inflammatory and a natural antiseptic, it is also a highly effective soothing agent for the skin.  Caraway oil neutralises the effects of histamine and as such can be very helpful in dissolving skin rashes.  The SKLEER All In One Skin Corrective gel forms a protective layer on the skin to help lock moisture in and hence creates a perfect environment for healing.

SKLEER contains no parabens, no harmful preservatives, no lanolin, no hydroquinone, no corticosteroids and is not tested on animals.  The all natural formula is ideal for even the most sensitive of skins, all age groups and is suitable for babies and toddlers. Thanks to the unique patent pending formulation SKLEER All in One Skin Corrective is non-greasy.

For itchy and inflamed skin apply to the affected area 3 times a day.

We have many testimonials from customers who have found relief from a variety of itchy, inflamed skin conditions, hives and also reactions to insect bites as you can see below. Our customers have found that SKLEER All in One Skin Corrective not only gives relief to the itch but it calms the skin and reduces the redness in many cases quickly dissolving rashes.

I was bitten by a spider on my neck and it was extremely uncomfortable. I couldn’t get rid of the painful itch. I was shocked and surprised how quickly Skleer got rid of the pain, and it’s good for my skin, I’d call that a win-win.
GJK, Los Angeles

Here is another testimonial we received unsolicited from a doctor’s office. 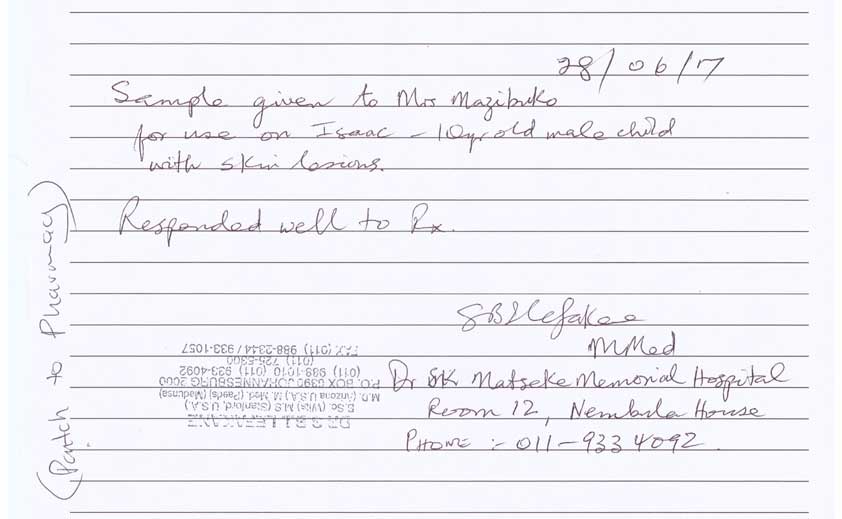 Sample given to Mrs. Mazibuko
for use on Isaac – 10 year old male child
with skin lesions.

By Pablo on March 19, 2017
This is the only skin treatment product I have ever reviewed due to it’s remarkable effectiveness.
Used it on irritated, oily,dry,discolored areas, insect bites and much more. It has been effective on all, unlike most other treatments.
Please try it and suffer no longer—-works within hours!
I know you will be pleased.

See what many many bloggers are saying about SKLEER!

Just wanted to check in and let you know what I think of the Skleer product you sent.

I’ve used it several times now, and I must say it’s really effective! I suffer from really bad allergies around my dog (yes unfortunately, my own dog!) and my skin actually breaks out in hives and itchiness when I touch her. I’ve used Skleer immediately on the skin, and I find it’s so effective at taking away the itch. It still takes the usual time for the redness to go down, but I have definitely noticed a difference in the itch and discomfort of the allergies.

My mum suffers from really bad dermatitis on her hand, and she has found by applying everyday that the itchiness is also reduced, which in turn makes the skin look a lot less nasty because she is less likely to irritate it further.

I found the gel a little bit drying when used on my face, so I probably wouldn’t use it for reasons like pimples or blackheads, but I can see how effective it may be given that it contains tea tree oil.

Overall I think its a great multi-purpose product and it would be perfect for taking away camping or on a holiday.

Thanks a lot for introducing me to the product Kevin, and I will be posting a review on my blog in the next week.

SKLEER on an insect bite.
After getting bitten, the bite was swollen and extremely itchy. After applying SKLEER one time, the bite was no longer itchy and I forgot it was there within about 15 minutes. I only applied SKLEER one more time, and by the 2nd day it was gone.

Daddy, my arm is itchy underneath because a mosquito bit me, please will you get the SKLEER.
Maddy – Age 6

Marissa on usage of SKLEER on her Acne

Marissa on SKLEER for skin chafing and mosquito bites

Marissa On Other Products Used Then SKLEER

Ackermans Pharmacy: I initially delivered units to them several weeks ago after a mom came in requesting the product for her son who burnt himself. The only info offered to me was that the product seems to be working, however they did not have any testimonials to offer.

Medicare Parkmore: Helen (staff) gave samples to her two kids who suffer with acne and noticed and improvement.

Husteds Pharmacy: Results from clientele who have tried Skleer – clearing of acne, blackheads, lightening of uneven pigmentation. Monica made special mention of one customer who had an inflamed and infected sore on her foot – after having given her a sample of Skleer, the lady returned to show them that the sore had healed.

Galleon Pharmacy: Positive results found with unfavourable symptoms such as acne and blackheads.

Killarney Mall Pharmacy: Sia has been receiving positive results from customers relating to acne and blackheads.

She referred me to Marissa who had many positive things to say about Skleer.
Marissa Geel has been following Skleer on Facebook since being referred by the Bennetts page (Skleer competition).
She has been monitoring the positive comments being posted and decided to collect some samples downstairs from Sia.
Attached is before and after photos of Marissa (see next post)…the before photos were taken on a Thursday and the after photos on the Monday thereafter. She is impressed with Skleer and speaks highly of the product after having tried many other skincare treatments most retailers have to offer.

*DISCLAIMER: The statements on this website have not been evaluated by the Food and Drug Administration. The products found within are not intended to diagnose, treat, cure or prevent diseases. Nothing on this website is intended to diagnose, treat or cure any physical or medical conditions. Results may vary.
Testimonials appearing on this site are received via electronic feedback through verified customers. They are individual experiences, reflecting real life experiences of those who have used our products in some way or other. However, they are individual results and results do vary. We do not claim that they are typical results that consumers will generally achieve. The testimonials are not necessarily representative of all of those who will use our products.
The testimonials displayed are given verbatim directly from verified customers and are not edited or censored in any way.
Acatac, Inc. is not responsible for any of the opinions or comments posted to our site. It is not a forum for testimonials, however provides testimonials as a means for customers to share their experiences with one another. To prevent against abuse, all testimonials appear after they have been reviewed by management of Acatac, Inc. Acatac, Inc. does not share the opinions, views or commentary of any testimonials on this site, and are strictly the views of the reviewer.
© 2013-2020 SKLEER. All Rights Reserved
Back To Top
×